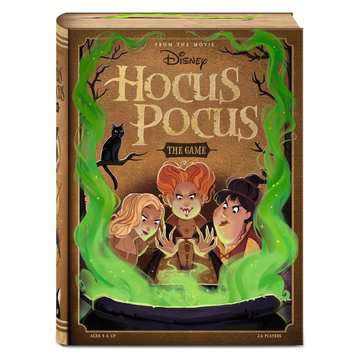 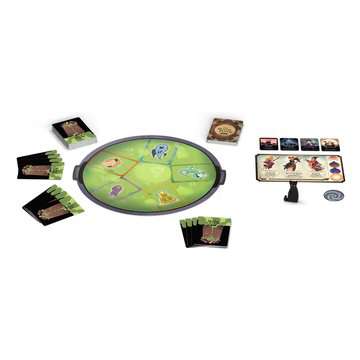 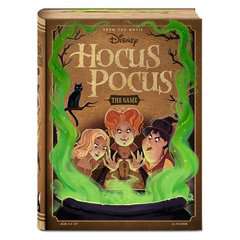 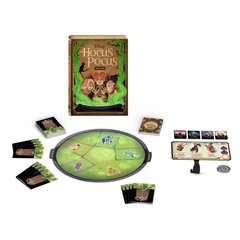 Work together to protect Salem’s children and stop the Sanderson sisters from completing their wicked potion before the sun rises!

The black flame candle has been lit.
Now the Sanderson Witches you must outwit;
Or with a wretched evil potion.
A foul spell they’ll set in motion.
Stun the witches and ruin the brew
Before the sun can rise anew!


In Disney Hocus Pocus: The Game, players cooperate to ruin the Sanderson Witches’ potion three times before the sun rises. Players hold a hand of ingredients of different types and colours and work together to get all the ingredient types or colours in the cauldron to match. Each turn, players ask a question about other players’ hands. They then play a card from their hand into the cauldron and draw back up to three cards. Now it’s the next player’s turn!

Some ingredient cards have Binx or a spell book on them. When an Ingredient with Binx is played into the cauldron, Binx allows one player to reveal their hand so all players can see them. If a spell book is played, Winifred, Mary, or Sarah casts a spell to ruin your plans!

Players also have four “Tricks” to use; each Trick can be used once per game. Choose from “Circle of Salt,” “Daylight Savings Time,” “Billy Butcherson,” or the “Burning Rain of Death”!