Available from all good toy, hobby and games specialists as well as online 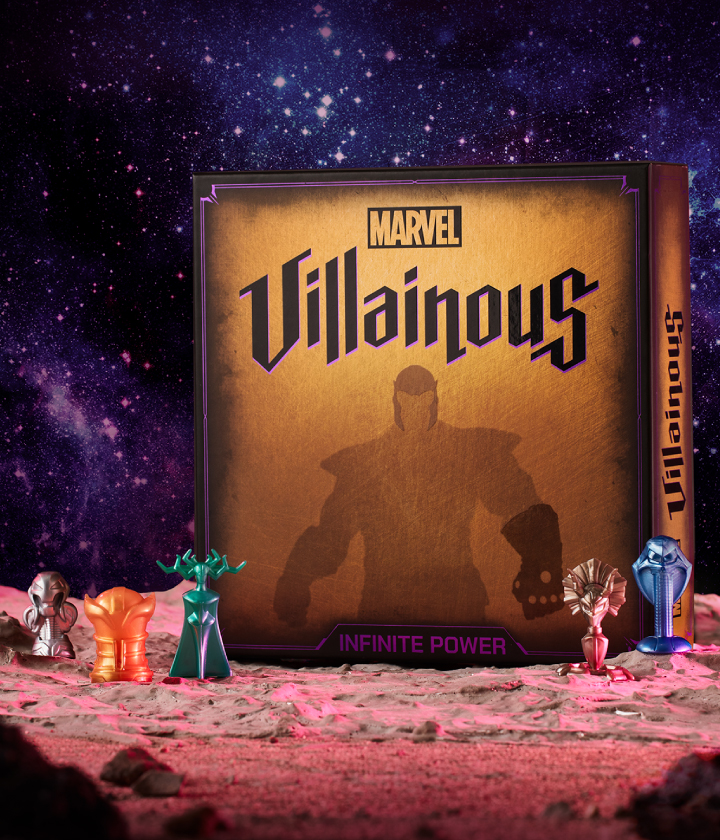 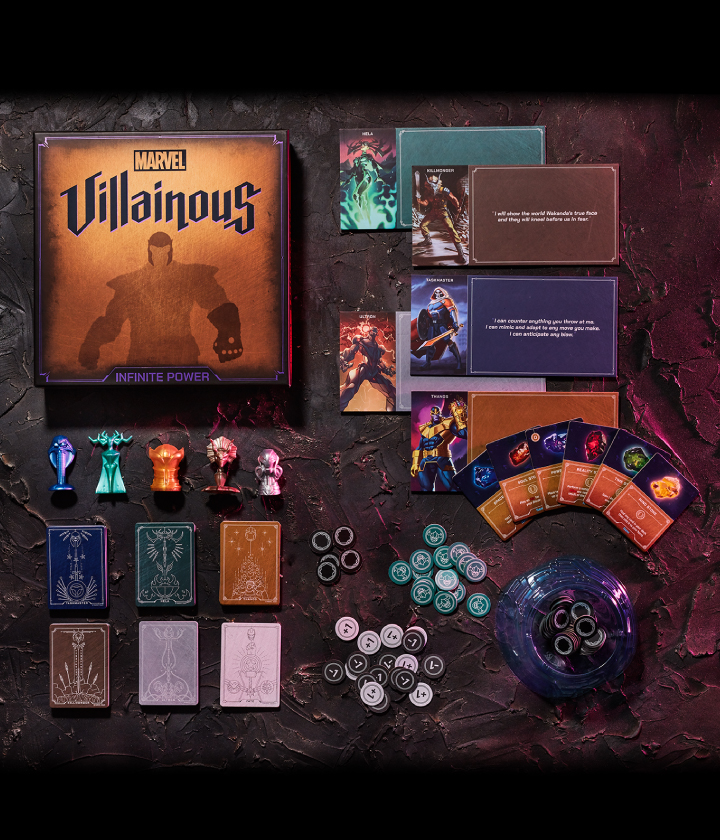 Which Villain are you?

Dominate the Marvel Universe as an iconic Villain! Follow your own twisted path to victory, using sinister abilities to take on other Villains and mighty heroes from across the Universe. Choose from Thanos, Hela, Ultron, Killmonger, or Taskmaster and fulfill your dark destiny!

The Next Chapter of Villainous
Marvel Villainous: Infinite Power utilizes the existing platinum-selling Villainous game system with new gameplay reflecting the shared universe and interwoven storylines of Marvel’s Villains. As such, Marvel Villainous is not designed to be compatible with previous Villainous games, but allows for increased player interaction and more strategic play.

Marvel Villainous is an asymmetric card game in which players take on the role of a comic book Villain and strive to be the first to complete their unique objective. On their turn, they’ll move their Villain to a new location in their Domain and carry out actions as indicated by the icons there.

Icons allow players to gain power, play cards, vanquish Heroes, move things around their Domain, and more. Players will pay power to play cards from their Villain deck, which contains Ally, Item, Effect, and Specialty cards to help Villains towards their objective. Specialty cards are new to Marvel Villainous and are used to make Villains even more formidable. Once played, each Specialty card can be used once per turn. There are no Condition cards in Marvel Villainous.

Players can also meddle with the fortunes of other Villains by playing Heroes, Events, Items, and Effects from the Fate deck. Also new to Marvel Villainous, Event cards inflict an ongoing penalty while in play. Villains must play Allies to Events to defeat them. All Villains with Allies at Events when the Event is resolved receive a reward. Three different game modes allow players to scale the difficulty of their game by facing more or fewer Events.
Download rules

Ravensburger Marvel Villainous Infinite Power Board Game Strategy Games
Expected to be available by
In stock
low stock
Currently out of stock.
Only available in stores.
More Ravensburger Disney Villainous Game - Which Villain Are You? Strategy Games
Expected to be available by
In stock
low stock
Currently out of stock.
Only available in stores.
More Disney Villainous Exp. 1 EN Strategy Games
Expected to be available by
In stock
low stock
Currently out of stock.
Only available in stores.
More